In 2011, Holy Cross Lutheran Church began organizing Grace Happens events.  Our hope is to reach out to our neighbors with small offers of earthly grace.  We have shoveled snow, given away school supplies, given away plants, washed cars, given away coffee and donuts, offered Easter egg hunts and Trunk-or-Treats, and provided Christmas shopping babysitting through a one-day Christmas VBS.  All of these offerings are free because God's grace is free.  They have also been a joy for us, getting to know our neighbors through service.

What do you mean, "Grace Happens"?

You know the saying: Stuff happens. It’s a way of expressing the tough things that happen in this life. Work is hard, if you can find it. Relationships are complicated. Money is tight, and then an emergency surprises us, straining the budget even more. We get hurt; we get sick. Our families fracture.

Worse still, we know that we are part of the “stuff happening.” We make bad choices. We say things we regret. We squander opportunities. We hurt the people we love. We put ourselves ahead of others. We don’t do the good that we know we could.

In the midst of all of this stuff came Jesus. God’s own Son, He became a person like us, in this confused world of ours. He experienced temptation, hunger, rejection, and pain. People hated Him and lied about Him. People He loved betrayed and abandoned Him.

Yet unlike us, Jesus did nothing wrong. He shared wisdom. He uplifted the weak. He befriended the rejected. He healed; He forgave. He extended His hand even to His enemies.

Why did He do all this? “God so loved the world that He gave His only Son, that whoever believes in Him shall not perish but have eternal life” (John 3:16). That’s the answer: He loves us. He loves us so much that He came from heaven to earth not just to be among us, but to bring us back with Him.

How could He accomplish that—bringing us messy human beings to a place of perfection? He did it by taking our burdens, our mistakes on Himself. He who is perfection became sin. He took that sin to the cross, and there He suffered the punishment we deserve. But He left it there, saying, “’It is finished’” (John 19:30).

He paid a high price for our forgiveness. It meant agony, and it cost Him His life. But three days later, He rose from the grave, proving His victory over death—a victory He shares with us.

He doesn’t ask us to pay for it. Not like He did.  Not at all. It’s His gift to us, given freely out of His great love. Not because we deserve it, not because we can do anything to earn it. Just because He loves us. Whatever we are, whatever we’ve done, wherever we’ve been, He forgives us. He loves us.

Because of Him, we know that grace happens.

“God shows His love for us in that while we were still sinners, Christ died for us… While we were enemies, we were reconciled to God by the death of His Son” (Romans 5:8, 10). 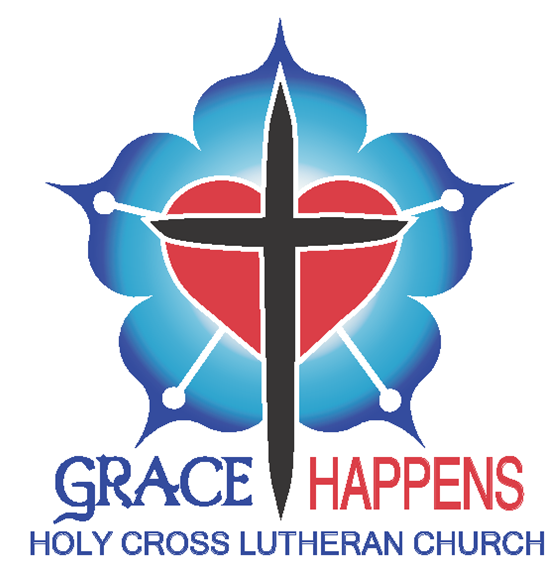 Grace happens. It’s not just for later, for heaven. Every day, our God wants to show His love to us. “[His mercies] are new every morning” (Lamentations 3:23).

We at Holy Cross want to be a part of God’s grace happening in your life. That’s why  we’ve launched our “Grace Happens” initiative, looking for ways to serve you and our community, free of charge.

“We love because He first loved us” (1 John 4:19). Our free gift to you through our Grace Happens event is just a faint echo of what God has freely given us through His Son—forgiveness and eternal life.

Our events are not random acts of kindness, because there is nothing random about grace. God’s grace is for you, personally and in particular. He has a plan for your life, and it is a good plan. It is a plan full of grace.